On Being Joe’s Mom: Why Inclusion Is Important To This Mother

One of the most important speeches about inclusion and the mindset of a mother with a child with special needs that you will ever hear. Watch this ten-minute video…it just might change how you think about parenting a child with a disability.

The following is a transcript of the Lia Tremblay’s speech at Highland United Methodist Church, Colonial Heights, Virginia. May 11, 2014 (Mother’s Day). This is published with permission.

It says here I’m one of the five people in the Tri-Cities that you should get to know, but the person I really think you should know about is my son, Joe, who will be 6 years old soon. He loves a good book, enjoys a Reese’s Cup after dinner almost every night, and has some pretty sweet dance moves. I’m not exaggerating when I say he greets every day with a big smile.

Joe is also very different from most children his age. He doesn’t speak (though he makes a lot of noise), his walk is a little wobbly, and he needs help with things like dressing, eating and bathing.

His disabilities didn’t become apparent until he was a couple of months old, when he began to miss milestones and seem increasingly different from other babies his age. I began to worry constantly about why he wasn’t reaching for toys, or pushing up with his arms to look around, or sitting without a pillow to prop him up.

When our pediatrician confirmed that my worry was not just a side effect of brand-new motherhood, and that we had a real problem on our hands, I was aghast. This was not what I’d planned for at all. I wanted to get on with the normal mothering experience I had looked forward to. I wanted the whirlwind of neurologists, geneticists and orthopedists to eventually become a funny story about how we had overreacted to our perfectly normal child’s momentary delay.

So I began to pray, every night and throughout each day, for him to change. Please let him see properly. Please make him notice the toys we put in front of him. Please let him reach for things and play and explore. Please let him sit up and interact with the other babies at the play dates.

Then one evening, my husband and I were watching a documentary in which a man was asked how he felt when he learned that his younger brother was deaf. His answer stopped me cold. I later went back and transcribed it word for word (imagine this in a British accent):

At the time, I was desperately hoping that it wouldn’t be true, that somehow some sort of miracle would happen and he would turn out not to be. But then I told myself, “Well, if he weren’t, then he wouldn’t be the same person, and it would be wishing that this person didn’t exist.” So that wasn’t the appropriate way to think about it.

What a revelation. How much time had I spent wanting this adorable infant to be different, to become the baby I assumed I would get instead of the sweet little person he was? I’d spent years dreaming of a child, 42 weeks carrying him, and 24 hours bringing him into the world, but now I’d wasted so much precious time wishing that I would wake up and find a totally different baby. It made no sense.

That meant helping him to achieve his potential without wishing his potential were different. It meant spending as much time as possible just relishing sweet moments with him, and being grateful for every hair on his sweet head. It meant doing everything I could to make sure that he felt nothing but love for being exactly who he is.

As the baby years gave way to toddler years and preschool years, I was still learning new ways to be the mother Joe needed. I figured out how to keep him involved in those play dates, even when they revolved around things he couldn’t do. I practiced ways to explain his differences to curious children on the playground. I pureed his food, sought out adaptive gear to help him move around, and shopped the sales after Halloween and Christmas to find light-up toys that would pique his interest. I advocated and raised funds for our crumbling neighborhood playground to be rebuilt with features that would make it as fun for him as it is for the kids who can climb and jump with ease.

And I’m still learning. Right now we’re making the official plans for Joe to begin kindergarten. It’s important to me that his school experience is as inclusive as possible, not just so that he can learn from children who are speaking and writing and climbing the jungle gym, but also so they can learn from him. When I was his age, kids like Joe were kept in a separate classroom way down the hall, and we only caught occasional glimpses of them. No wonder I was frightened and overwhelmed by the prospect of parenting one of “those kids”—I’d never been given the opportunity to know any of them. So it pleases me that in 20 or 30 years, if one of Joe’s classmates has a child with disabilities, their reaction might be, “Oh, maybe he’ll be like Joe. Joe was a cool kid.”

Having an inclusive education gives Joe the best head start for a life in which he can become as much a part of his community as he might without a disability. Some of you may know that Virginia is right now in the midst of a historic transition, in which the “training centers” that housed people with developmental disabilities for decades are slowly closing down, and those resources being redirected to help people live their lives in the community, with meaningful work and friendships that are based on their desires instead of their diagnoses. It’s what The Arc describes simply as “A Life Like Yours.”

It’s a pretty straightforward, common-sense idea, but I recently had a startling lesson in how radical it seems compared to a time not that long ago. I had the opportunity to visit Southside Virginia Training Center, where a staff member encouraged me to stop by their memorial garden on my way out of the campus. The most recent burial was a man who had died there in his 90s after a lifetime of institutionalization. On the other side of the cemetery were the earliest graves, marked with concrete stobs but no names or dates. Later graves had first names but no birthdates, or approximate birthdates. Several had died before reaching their teens. It’s astonishing to think how many were left there as children, their parents encouraged by physicians and family members alike that it was the wisest choice. It makes me incredibly grateful to be Joe’s mother in 2014, instead of 1920 or 1950.

But aside from sparking an interest in disability advocacy, being Joe’s mother has changed me fundamentally. I spent a lifetime prizing intelligence above all else, because it’s what I felt I had to give the world. I have been known to have a sharp tongue, and little patience for anyone who couldn’t keep up with me in a debate. I still get a little mouthy sometimes—usually for a good cause—but when you have a child whose IQ falls below average, and he’s your favorite person on earth, you have to question whether intelligence really ranks anywhere near the top of important human attributes. Kindness, patience, optimism and compassion mean much more than I ever gave them credit for.

So it always makes me laugh a little when people tell us, “God gives special children to special parents.” While we certainly appreciate the sentiment, and it’s fun to momentarily think of ourselves as having earned this child by being virtuous and exceptional people, I just don’t believe it’s true. We didn’t get this child by being better people—but I do think we’re becoming better people because of him. I’m definitely more interested in trying to become a better person than I ever was.

It reminds me of a moment just a few weeks before Joe was born, when I was in my prenatal yoga class—the only hour each week when I felt somewhat graceful in a hugely pregnant body. The instructor was leading us all through a guided relaxation exercise, and instructed us to place our hands on our bellies and imagine the baby inside. Then she said something like, “This baby has chosen you to be his or her mother for a reason.” It sounds like hippy-dippy yoga talk, I know, but at the time it moved me very deeply (a lot of things moved me very deeply when I was pregnant) and I remember getting teary-eyed as I thought about why this baby might have chosen me. What did I have to offer that made me the best mother for him?

I now see that statement in a totally different way. If it’s possible for babies to choose their mothers, and he really did choose me, it’s not because of anything I had to give him. It’s because of what I lacked, what I had yet to understand, and what only having a child—this child—could teach me. I’m so grateful that he did.

It still bothers me to think of how much time I wasted wishing not to have this life. There is so much silver lining in this experience that you can hardly call it a cloud. If I had looked into Joe’s crib in 2008 and found that his body and mind were working the way I’d expected—all his milestones met and all my prayers answered—I’d have missed the moments that are now among the highlights of my life. I wouldn’t have enjoyed a cuddly baby phase that’s three times longer than most mamas get. I wouldn’t have had a reason to become involved with organizations like The Arc and the Virginia Board for People with Disabilities, where I’ve met people who inspire and motivate me daily. And I wouldn’t have experienced the particularly exquisite joy of seeing a child take his first, long-awaited independent steps at 3 years old.

Before I leave today, I want to ask a favor of you. Actually, I have three favors to ask:

I know better now than I did six years ago, and in six years I expect to know better still. I’m incredibly grateful that this child came along, just exactly as he is. He taught me to change my way of thinking, to fight for things that mattered, and to help create a world that welcomes him.

Most of all, he taught me that what you think is terrible news one day may actually be the best thing that ever happened to you. 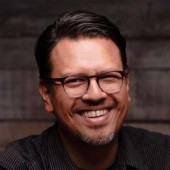 Tim Villegas is the Director of Communications for MCIE and is the Editor-in-chief of Think Inclusive, MCIE's official blog. Follow him on Twitter: @TheRealTimVegas

What Is So “Special” About This College Acceptance Video?