No Excuses for Lack of Reasonable Accommodations in Mainstream Schools

Sending me to mainstream public school was never a question in my parents’ mind, even though I was born with a physical disability. I’m grateful to have grown up receiving a good education along with my non-disabled peers. But while my experiences were generally positive, there were times when my parents and I were made to feel that my disability was a burden to my school district, because my needs for reasonable accommodations were either avoided or outright rejected.

Unfortunately, I’m hardly alone in this. Mainstream schools can all too often be quick to supply a stream of excuses when met with requests for reasonable accommodations by students who have an Individualized Education Plan (IEP) or Section 504 Plan in place. Not only is this unacceptable, but also in some cases, it can be illegal. So long as an accommodation does not pose a safety threat, unreasonably alter a curriculum or existing program methodology, or cause undue financial or administrative hardship – it is considered reasonable and thereby must be met.1,2 Yet, even if a request aligns with these stipulations, many educational institutions try to skirt the law to do what is in their best interest, rather than what is in the best interest of the disabled student.

This is something I’ve faced since, quite literally, my first day of kindergarten. The elementary school I was meant to attend had two floors and no elevator. Instead of adapting the environment, my district made the executive decision that I would have to go to one of the only two elementary schools in my town with one floor, despite the fact that it wasn’t the closest school to my home. I suppose the logic behind this was: why comply with the environmental and educational requirements of the Americans with Disabilities Act when there’s a cheaper way out, even though it’s unfair to the student and her family?

Structural inaccessibility such as this is just one of myriad problems that many educational institutions try to evade, usually by citing financial difficulties. While it’s true that elevator installation can cost tens of thousands of dollars, it’s an investment that will ensure a school is adhering to the law, making the building accessible for years to come. Moreover, though attending a different school in the same district may seem trivial, it was only the beginning of my district’s accessibility missteps.

From my first day of 6th grade until the day I graduated high school, elevators became the bane of my existence. Granted, both my middle school and high school had an elevator, which is certainly better than not having one at all, but the multilevel buildings proved problematic. For instance, the contingency plan in case a fire occurred while I was upstairs was for me to wait by the window to be rescued. “Don’t worry,” one of my teachers told me, “the classroom doors supposedly have a three-hour burn time.”

Worse, when I started high school, the only elevator in the building was the first elevator ever installed there, and it definitely qualified as an antique. Using it was so treacherous that my principal, whose mission in life was to get students off their cell phones, actually told my parents it would be a good idea to buy me one so I could call for help in case I got trapped. While I know it was suggested out of concern, this is perhaps one of the biggest problems encountered within public school systems by students with disabilities and their families: the onus is put on us to find ways to rectify or work around the issues. It becomes our burden, while the school comes up with excuses and attempts to wash their hands of any responsibility.

Of course, my parents and I were having none of that, and even though they bought me a cell phone (much to my delight), we suggested that the school accommodate me by scheduling all my classes on the main level. I’d call safety and the ability to access my classrooms reasonable accommodations – wouldn’t you? The administrators denied this request, and I never could figure out why. With the exception of science classrooms on the third floor that had special equipment, there’s really no reason my classes couldn’t have been moved. Thankfully, after quite a bit of persistence and advocacy from me and my family, a modern (albeit still faulty) elevator was finally installed about halfway through my sophomore year in high school.

Difficulty with the elevator was only one of the issues I faced. In addition to environmental access problems, my district seemed befuddled by how to ensure that I completed my physical education requirements so I could graduate. Some of my gym teachers tried rather unsuccessfully to be inclusive, but when this proved to be both futile and unsafe for me, the school had no clue how to institute an adaptive program, even though doing so was the requisite reasonable alternative. Again, this meant I was made to feel like an inconvenience, when in fact the school was really inconveniencing me.

At first, I was forced to come into school earlier than all my peers multiple times per week to meet one-on-one with a gym teacher. When he realized he didn’t have many activities to do with me, my parents took it upon themselves to attempt to solve the problem, purchasing a ping pong table from my synagogue’s thrift shop and donating it to my middle school. By high school, I no longer wanted to wake up early for a rousing round of ping pong, and so my gym teacher told me that instead of participating with the rest of my class, I could write research papers to get credit. Imposing extra homework on me in lieu of physical education because the school could not figure out how to adapt things for me was incredibly unfair. When I explained this, I was given the excuse that it was my only option because there was a lack of specially trained teachers to adapt gym classes for me. By this point, I had grown weary of excuses, of being made to feel like my disability was my fault. And so I worked with the physical education department to institute some semblance of an adapted gym program – one I hope they have continued and improved.

Elevator problems, gym class exclusion, and the countless other challenges I faced throughout my educational experience are indicative of issues that exist in public school systems throughout the United States. These are the kinds of issues that can and should be easily avoided. Schools must step up, maintaining an open, honest dialogue between administrators, teachers, parents, and most importantly, the students. Schools must follow through with their responsibilities as set forth by the law, because students with properly documented disabilities of any kind in mainstream educational environments are legally entitled to an educational experience just the same as their non-disabled peers. When it comes to following the law and providing reasonable accommodations to ensure access and inclusion, there are simply no excuses for making excuses. 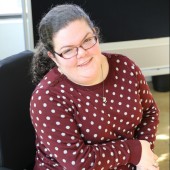 I Wouldn’t Change a Thing About My Autistic Son

What People Should Know About Living With Tics and Tourette Syndrome

Living with Social Anxiety Disorder and Finding My Neuro-atypical Neighborhood