I spent most of my life off antidepressants. Today, I’m on the medication and feel all right.

When I first went on antidepressants, it took months and a stint in the psych ward to try and figure out the correct combination of medications at the correct dosage, in addition to talk therapy. I must admit, when I was a young, depressed kid in middle school, I often dreamt about asking for help. It was something I thought about every day. I would go over a monologue in my head about what I would say to my parents to let them know that I was hurting. Of course, I had absolutely no intention of actually telling them this, but that didn’t stop me from obsessing over it. What gave me some sort of comfort was thinking that I didn’t have to tell them everything, just enough so that I could get on medication and be fixed. I honestly thought I would take a pill for the first time after years and years of trauma and it would heal me in a way that talk therapy couldn’t after one session. I thought antidepressants were a magic pill you took once and it worked immediately. Boy, was I wrong.

I remember sitting down at the kitchen table with my mom at about the six-month mark of trying out medications for my depression and anxiety. It was a miserable trial and error process that seemed like it would never end. I remember complaining to my mom about this, and her response shocked me. “Nicole, it takes time,” she said. “You can’t expect to fix six years of depression and trauma in six months.” Her response stunned me. I don’t think I said anything for a few minutes. The thing that stood out the most, though, was that she heard me. She heard me when I said that I was suffering. She heard me, stuck by me, and supported me throughout this tedious process. That meant more to me than you could ever imagine.

Medications are a tricky thing. There’s one thing I know for certain, however: I would not be alive today if it weren’t for medication. This may sound a bit dramatic, but I assure you that I’m not exaggerating. I know this isn’t the case for everyone, and I’m not arguing that everyone should be on medication for their mental health. Medication works for some people but doesn’t work so well for other people. I also believe that I have benefited greatly from talk therapy. For me, it was all about finding the right combination, not just of medication, but of therapy, too.

I recently read an article in a major publication about someone who had gone off their medication and had a successful response to life off antidepressants. While it is wonderful that this writer is doing well, I’m apprehensive about urging others to depart from their medication regimen. I also question why a successful response is characterized as being medication-free. Medication works wonders for so many people. It is dangerous to urge others to discontinue medication because so many people need it to simply stay alive, much less thrive. Telling people with mental illnesses that they may not need their medication could literally kill people. Instead of urging others to try a medication-free life, I think we should be focused on changing the narrative around medication. If you want to come off your medication and you have a doctor that agrees and helps you do so and it works for you, then great! But I don’t think we should be shaming people into eliminating their medications willy-nilly.

Antidepressants have long been a topic of controversy. Treatment for Major Depressive Disorder has been around for about 50 years, with the first hypothesis of depression saying that “patients with depression have depleted concentrations of serotonin, norepinephrine, and dopamine” (Hillhouse and Porter). Today, it is widely accepted that those with mental illnesses have a chemical imbalance in their brains. If we accept that there’s a chemical imbalance in the brains of those with mental illnesses, why do we as a society discourage people from taking medication to balance out the neurotransmitters? We don’t tell people with diabetes that they are not allowed to take their insulin. Why do we do the same to those with depression or anxiety? Insulin used by people with diabetes isn’t dubbed as being fake, so why do we tell people with depression that the joy they feel on antidepressants is fake? Society needs to work on being more inclusive when it comes to medication for mental illnesses. Quite frankly, someone else taking medication for their mental health has nothing to do with anyone else. It’s a decision that they make with their treating professional to help themselves be the best that they can be. Furthering the inclusive nature, it shouldn’t be seen as out of the ordinary to take medication. Insulin isn’t stigmatized, so why are antidepressants? Success shouldn’t be seen as being on no medication. Success is subjective, with each person defining their own success by what’s important to them. For me, it’s important to be alive and healthy. Medication helps me do that.

There have been times where I have been thriving for a long period of time on my cocktail of medications. Of course, there is no need to be on medication if it is not necessary. So, I have attempted to lower one of the medications I take with the hopes of discontinuing its use. This must be said: I have done this with the help of both my psychiatrist and my therapist. They both have been extremely helpful in managing my medication and overall mental health. With their help, I attempted to slowly decrease my dosage of Abilify, an atypical antipsychotic that helps to boost the effectiveness of an antidepressant. When starting a new medication, it’s important to note that it takes weeks, months even, to being to feel the impact of the medication. When slowly decreasing the dosage of Abilify, however, I felt the impact of the medication almost immediately. Withdrawal symptoms were also felt almost immediately. Within a few days of taking a lower dose of Abilify (and keeping the rest of my medications the same), my mood dropped significantly. The depression returned heavily. My work life suffered mightily. I was unable to write, and unable to do much besides lay on the couch and stare off in the direction of the television. My body physically felt the effects of the decreased Abilify, too. The biggest withdrawal symptom I felt was intense body pain and aches, specifically in my arms and joints. I also dealt with nausea and lightheadedness. I barely made it to a week before I updated my psychiatrist with the changes in my mood and the physical symptoms I felt. She instructed me to increase the Abilify back to my original dose. Shortly thereafter, I was feeling better. It was not immediate, however. I lost a few weeks of my life to attempting to discontinue one of my medications. My brain and body need this medication to function. Luckily, I was very self-aware and had a strong support system around me. Without this awareness and my family around me, I’m not sure what would’ve happened.

So many people aren’t as lucky as I am. Many people aren’t able to see treating professionals, cannot afford their medication or do not have a support system that they need to thrive. For some, medication is the only form of treatment they are able to receive. It’s time to normalize mental health medication and destigmatize the use of it. I am not ashamed to take medication for my mental health. I refuse to listen to people that tell me that my joy is fake because I take antidepressants. There’s a shortage of articles that destigmatize mental health and using medication to treat mental illnesses. Unfortunately, there are way too many that tear down those who are just doing their best to stay alive. I refuse to contribute to the latter. I refuse to stop talking about this because doing so would be dangerous and disastrous. Medication has saved my life.

So let me introduce myself:

My name is Nicole Cahill. I am 21 years old. I spent nearly 18 years without antidepressants. As of today, it’s been 1,308 days with them.

And I’m all right.

Nicole Cahill is a mental health advocate and an avid baseball fan. When she isn’t at the ballpark, she’s working with her nonprofit, Neuro-atypical Neighborhood, to make a difference in the lives of young athletes who have mental health challenges.

Photo by Edu Lauton on Unsplash 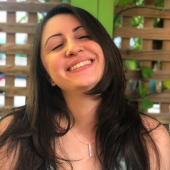 Nicole Cahill writes about mental health and watches a lot of baseball. She also founded Neuro-atypical Neighborhood, a mental health nonprofit. Follow her on Twitter at @NicoleCahill_.

How to Make Your Workplace an Introvert-Friendly Environment

All We Needed to Know

Living with Social Anxiety Disorder and Finding My Neuro-atypical Neighborhood