Dear Class of 2019, Thanks for Including My Son with Down Syndrome.

Congratulations on your accomplishments to get where you are today as you walk across the stage to get your high school diplomas! My son recently graduated and it has been an emotional journey as we have looked through old photos, watched video montages at graduation parties, and even walked through the halls of our old elementary school in caps and gowns to hug teachers and inspire the future generation of students.

What you all probably don’t know is that we had to fight pretty hard in the beginning to get my son who has Down syndrome into our neighborhood elementary school. They originally wanted to put Andy in a separate class for kids with disabilities at a different school, and I walked into our first Kindergarten Individualized Education Program (IEP) meeting to a room of about 15 people on the other side of the table who were convinced he didn’t belong there. We had to bring videos and expert witnesses to convince them to give him a chance. I didn’t know much as a first-time mom, but I knew that separate never was equal and that he could learn as much from you as he could from teachers (which is saying something because the teachers at our school were also pretty awesome!) And thanks to all of his friends, he has flourished.

He rode his bike on his own to get his job at Publix because he saw some of you working there in high school; he is independent and confident because he’s been good friends with you over the years; and he plans to go to the post-secondary program for people with disabilities at our local university because he sees that’s what you’re doing. But he’s also given back—he’s fun and funny and he’s a friend who loves you without judgment. You have played together as little kids; you have gone on field trips together; you have protected and consoled each other; you have celebrated team victories together. And you are all better for being in each other’s lives.

But even now, there are so many kids with Down syndrome and other disabilities who are being denied the chance to be included, even at our own neighborhood elementary school. That’s why I wanted your teachers at the old school to see how Andy turned out in the end with your influence combined with his own awesomeness.

So this is what I hope for the class of 2019. I hope that someday, because of Andy, when you’re a teacher or principal—and a parent wants their son or daughter to attend your school or be in your class—that you will give that little kid a chance and assume they belong. I hope that if you find out someday that your baby has Down syndrome or some other disability you might not be so worried, and I hope someday that you’ll remember Andy’s initiative and independence when you’re looking to hire someone for a job. I hope that you will welcome people with disabilities to live in your neighborhood, invite kids with disabilities to be on the teams you coach and encourage your kids someday to invite everyone in the class to your birthday parties—like many of your parents did.

You know the thing that scared me most when Andy was born was how people might treat him, but I shouldn’t have worried about that because every year, more kids (and their parents) would rise up as good friends. Andy calls them his brothers and sisters, and now he’s built this strong “family” of support that the teachers and I could never have done alone. I’m so grateful to you all and proud of Andy and look forward to a bright future with all of you at the helm to lead us on.

Stephanie Meredith is the Information Services Director at the University of Kentucky’s Human Development Institute (HDI), a University Center for Excellence in Developmental Disabilities. At HDI, she is also the Director of the Lettercase National Center for Prenatal and Postnatal Resources (lettercase.org) and works on the KentuckyWorks project to improve employment outcomes for people with disabilities in Kentucky (kentuckyworks.org). Stephanie also has a 19-year-old son with Down syndrome, Andy, and two younger daughters, and she lives with her family in Canton, GA. 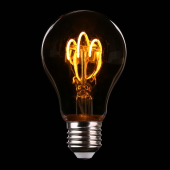 An Overlooked Resource – People with Disabilities

Why Advocate for Inclusive Education?