Five of Our Best Posts on Autism Acceptance

While autism acceptance or at the very least autism awareness receives the spotlight in April, we at Think Inclusive promote autism acceptance year round. Over the past few years we proudly published pieces geared to help our readers better understand autism. For a limited time we open the Think Inclusive archives to the general public so everyone can read or reread our best autism content. Enjoy!

“Why Autism Speaks Hurts Us” by Amy Sequenzia (Guest Blogger)

Leaders in a movement essentially shape attitudes towards the given issue, an occurrence guest blogger Amy Sequenzia puts into context regarding Autism Speaks and autism advocacy. Autism Speaks’ negative view on the disability influenced Amy to see her autism negatively. However, through life experiences she eventually abandoned those notions to recognize autism as an important part to her personality. In “Why Autism Speaks Hurts Us” Amy highlights the dangers Autism Speaks casts.

In her Think Inclusive guest post Allison Trotter addresses autism and education. Specifically, Allison discusses why she decided to homeschool her autistic son Jackson. Using an analogy she demonstrates a student with autism can learn in the large school setting but successful placement requires one critical element, an element Jackson’s school unfortunately lacked.

“The Best Argument Against Autism Speaks: A Special Educator’s Perspective” by Tim Villegas

If guest blogger Amy Sequenzia’s previously highlighted post didn’t remedy your curiosity about why so many call foul on Autism Speaks, Think Inclusive founder Tim Villegas will. Tim shares his passionate, thorough, and compelling argument against Autism Speaks, even using the organization’s own words to identify their missteps. As Tim’s title suggests he offers a special educator’s perspective on the situation.

“Passing: How to Play Normal” by Larkin Taylor-Parker (Guest Blogger)

After reading guest blogger Larkin Taylor-Parker’s post you may become more self-conscious over what you say and around whom. Larkin’s Asperger’s Syndrome diagnosis lands her on the autism spectrum. Yet due to Larkin’s parents heavily criticizing her social behavior as a child she learned to “play normal,” faking behaviors to gain acceptance from us neurotypical people. Judging by Larkin’s last paragraph that acceptance appears not the Holy Grail we on the outside might envision.

“Autistic: On the Outside Looking In” by Steve Summers (Guest Blogger)

Autistic people who don’t adapt to our neurotypical way will probably experience social exclusion, the topic guest blogger Steve Summers addresses in his post. Steve expresses the hurt and confusion he feels encountering exclusion. These instances range from someone hiding a “Happy Birthday” Facebook post he gave to not getting invited to parties. All in all Steve’s insights stands a great conversation starter about autism and socializing. 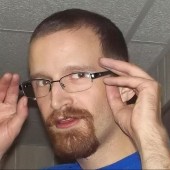 Personal experience with his own disability cerebral palsy (CP) drives freelance scribe and author Zachary Fenell to utilize writing and social media for promoting disability awareness. Zachary’s memoir Off Balanced (available on the Kindle and Nook explores how his CP affected him socially throughout adolescence. To learn more about Zachary, visit www.zacharyfenell.com.

Only Special Education Teachers Will Understand These 17 Things

On Being Joe’s Mom: Why Inclusion Is Important To This Mother

Inclusion Is All About Supports