Logitech G is no longer in the peripheral-periphery of the adaptive gaming industry because of their vision that everyone has a right to play.

Working with gamers with illnesses or disabilities, the team at Logitech G made a gigantic splash with their first step into the disabled gaming community on November 18, releasing the Logitech G Adaptive Gaming Kit.

The Logitech G Adaptive Gaming kit plugs into the Microsoft Xbox Adaptive Controller with configurable buttons and triggers to “unlock the possibilities of play” (back-ordered at time of writing). The kit’s buttons and triggers are modular, come in an array of sizes, and connect to the primary Microsoft Xbox Adaptive Controller, offering functionality like soft touch and custom labeling.

“This became a much bigger deal than just gaming,” Mark Starrett tells me.

Mark, who is the Senior Global Product Manager at Logitech G with over 23 years in gaming products, recounts some of his process, aspirations, and hopeful predictions with me. Instead of the usual (but very punk rock) DIY hacks for accessibility, game companies should look to this moment and reflect on the inclusion of more diverse perspectives earlier in the product pipeline. While Mark’s already running internal workshops to assess the accessibility of all Logitech G products, where should other developers in the gaming community start? User research.

Do the Design Research

Mark calls it an 80% solution–it won’t address every unique need, but it is an excellent foundation for more detailed tweaking over time. Working with the Microsoft Inclusive Tech Lab and groups like AbleGamers, research quickly surfaced how personalized, custom gaming controls were either financially prohibitive or logistically incompatible. Folks with disabilities are thought of as “the original lifehackers“–the best experts to adapt technologies for themselves. Mark says the kit is meant to be flexibly configured and allows people to experiment, affordably, with a variety of arrangements rather than serially procuring single, expensive peripherals that may not accommodate their needs.

Mark tells me about John, whom he describes as a Destiny-adoring older gentleman. During research, they discovered that in the Crota’s End Raid, a team quest, the pressure required for a button was not viable to get his character across a critical bridge. The rest of his team helped pull him through, and the option to do so might seem like a very nascent type of inclusion, but there is a better way.

“You know, the developers have to think about where they’re unnecessarily building in something that inhibits play,” Mark says. He brings up the search feedback common to many games–where a vibrating controller will signal proximity to or discovery of an item–and the apparent drawbacks of limiting this communication to one channel.

Mark shares that one team member had a 3D printer in his garage – he would send his new prototypes to the device at the end of each day, and by the time he arrived home, he would have a working prototype to fiddle with, sand down, and review with his team the next day. This pushed the product iterations for each of the button types so much closer together that it enabled the Adaptive Gaming Kit to be released after approximately a year of development.

Working with Destiny fan John, Mark was able to quickly test whether or not a different button arrangement would allow John to depress it sufficiently to pass the objective. Using the kit, he selected a soft-touch button and affixed it to a better spot for John. John feels so much better about his gameplay with this simple alteration, and the game experience became that much more equitable.

The kit’s configurable buttons and triggers not only work with the Microsoft Adaptive Controller for Xbox. The kit is functional on phones, as well, which may render mobile interactions for everyday things like banking transactions and checking email more accessible.

How Can We Push for Broader Inclusion in Games?

While the content side of things is something game developers understandably keep concealed, Mark is optimistic that this highly visible collaboration with Microsoft will result in developers considering accessibility at more points in the process. Since game developers consult peripheral builders throughout a game build to ensure, for instance, that a controller’s buttons match the game’s feedback rate, The kit’s buttons and triggers not only work with the Microsoft Adaptive Controller for Xbox. The kit is functional on phones, as well, which may render mobile interactions for everyday things like banking transactions and checking email more accessible.

I ask Mark about any plans to open-source designs or customizations, and he was quite enthusiastic: “That’s what I want: I want to share files so that some of these pieces are open and let people build what they want to plug into it.” Mark and team center the agency of each user and their individual experience; you get the sense that a fully adaptive gaming experience could materialize in the next few decades.

“You get this hacking, you know, maker mentality and it infects us, so we do it. The users do it. And I think that really gives a lot more excitement around getting this stuff done.”

Empowering users with the choice to customize their setup is a great start. Including their voice earlier in the product process, as well as critically evaluating access during quality testing, will only lead to more progress. As gaming becomes more ubiquitous, more inspiring, and more immersive, everyone deserves to have the devices we use for play meet them where they are.

Chaya is a fully-voiced NPC residing in New England with her polydactyl cat. She writes about chronic illness, access, and is nosy about everything else. Catch her at chayarusk.com or @RuskChaya. 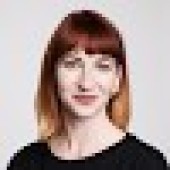 Chaya is a fully-voiced NPC residing in New England with her polydactyl cat. She writes about chronic illness, access, and is nosy about everything else.

Anxiety may affect 1 in 5 autistic adults

ProPublica Is Collecting Stories About Intellectual and Developmental Disability Services. Share Your Story.